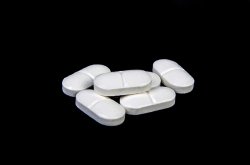 IN YOUR DAILY DOSE today you’ll discover the role that aspirin plays in the development and treatment of neurodegenerative diseases, such as Alzheimer’s, Parkinson’s and Huntington’s Disease. But, before you decide to pop a pill, talk to your doctor. There are risks to daily aspirin you may not be aware of.

IN MAKING CHANGES today we’ll talk about preventing neurodegenerative changes in your body over the coming months and years.

IN FACT OR FICTION   . . . Dolly Madison is more than a cupcake.

The enzyme GAPDH plays a significant role in the development and progression of neurodegenerative diseases, such as Alzheimer's, Parkinson’s and  Huntington’s Disease.  But, researchers at Boyce Thompson Institute found that the breakdown product of aspirin would bind to GAPDH and stop it from moving into the cells. The study also suggests that this could hold promise to treatment multiple other neurodegenerative diseases.

Co-author Solomon Snyder says, "The enzyme GAPDH, long thought to function solely in glucose metabolism, is now known to participate in intracellular signaling. The new study establishes that GAPDH is a target for salicylate drugs related to aspirin, and hence may be relevant to the therapeutic actions of such drugs."

Your physician may have already prescribed an aspirin a day to help reduce your risk of heart attack or stroke. But, before taking any medication that affects your blood clotting, as does aspirin, it’s important that you discuss the repercussions. Aspirin, although over-the-counter, will interact with other medications and create more problems than it solves if you use it incorrectly.

Prevention of neurodegenerative changes in your brain is often easier than treating the conditions once they occur.  Take a full complement of vitamins to augment your diet. Get at least 8 hours of sleep each night to help your brain remove the toxins that can trigger neurodegeneration. Eat plenty of healthy fats that are important to brain and nerve health. And use your brain daily. Do crossword puzzles, learn something new, play games or take a class. The more you use it, the less risk of losing it! 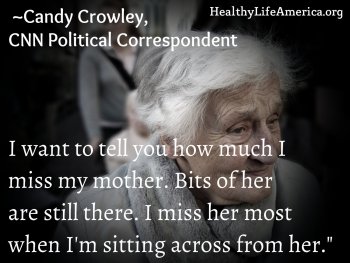 Today, I look for opportunities to bring happiness to others with small gestures. To me, they are only small actions, but they make a big difference in the lives of others and add to my own happiness as well.

The wife of President James Madison, and the inspiration for a bakery company. She was very influential in the efforts to finance the expedition of Lewis and Clark and was a very well liked and social woman. In fact, Samuel Morse choose her to be the first private citizen to receive a telegraph with his new invention. Dolley was actually married twice - first to John Todd who died during their marriage leaving her a widow. She later married James Madison. She was also known as the Queen Mother. It was customary for incoming presidents to visit her for a blessing before taking office. To this day people report seeing the ghost of Dolley Madison in the Rose Garden and Octagon House at the White House grounds and also at the Dolley Madison House.