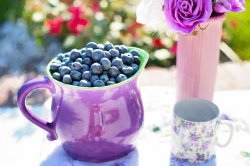 IN YOUR DAILY DOSE today is news about the use of wild blueberry extract to reduce your risk of dental plaque, periodontal disease and cavities. The extract from the wild lowbush blueberry works against food borne pathogens causing food poisoning. Researchers were interested in whether the same extract would be effective in the fight against Fusobacterium nucleatum, one of the main bacteria associated with periodontitis.

IN YOUR DAILY AFFIRMATION you’ll have statements to use to help improve your health.

IN FACT OR FICTION you’ll discover how much of the Twin Towers is sailing the open seas and how.

Many people have some degree of gum inflammation or gingivitis. This condition is caused by plaque. The gums get red and swollen and they bleed easily. When left unchecked it results in periodontitis, loss of gum tissue and destruction of the tissue supporting the teeth.

In this study researchers found that the polyphenol extract from the wild lowbush blueberry was successful in inhibiting the growth of bacteria primarily responsible for periodontitis. Today researchers are developing an oral device which could be worn and slowly release the extract in the mouth after a cleaning at the dental office. Scientists believe this can help in the treatment of periodontitis.

Periodontitis is a significant health condition which is caused by plaque formation on the teeth and can result in the loss of teeth over time. One of the primary means of preventing periodontitis is flossing and consistent brushing twice a day.

While brushing is important, it’s also important that you don’t brush too hard because this bruises the gums and scratches the enamel.

Daily flossing is an important part of prevention for both periodontitis and cavities. Start by learning the proper technique for flossing and performing it at least once daily. Floss before brushing so you loosen the plaque and food from the teeth and brushing can take it away.

It’s important to bring the floss down around both teeth to clean the area between the teeth. If you are new to flossing, use floss tape which is easier to get between the teeth and out again.

If you have teeth which are tight and it’s difficult to get the floss between, continue to try each day and eventually the teeth will move slightly and you’ll be able to floss appropriately. 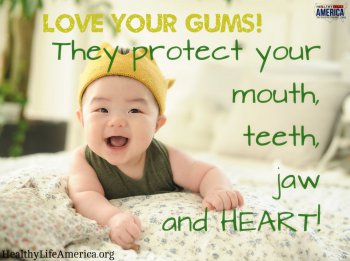 My health gets stronger with each workout. I keep track of my progress and note the changes in my body. I am inspired by these positive changes. They motivate me to exercise when I would prefer to be doing something else instead.

I am patient with my body and know how far I can push it without hurting myself.

Did you know that wreckage from the Twin Towers is now sailing the seas as part of . . . something!

Did you know that steel from the twin towers has been used to build the USS New York, an amphibious transport dock and the fifth ship to be named after New York. The ship is the first to be fully designed using a specialized computer program. Shortly after the attack September 11, 2001, the Governor of NY asked the Secretary of the Navy to bestow the name “New York” on the warship and include some of the steel from the towers. 6.8 tons of steel used in the construction of the ship came from the rubble of the World Trade Center, representing less than one thousandth of the total weight of the ship.