Born at Home or the Hospital 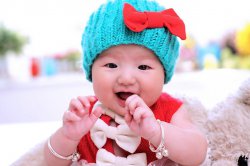 Did you know that having a baby at home can save thousands of dollars over having your child in the hospital? But, when money is not the only consideration it’s helpful to have more information about what is not only cost effective but safe.

In a study released in August 2015 from the University of British Columbia, researchers found that for low risk births, having your child at home is just as safe as in the hospital and can save new parents thousands of dollars. This followed another study earlier which also showed that planned at home births resulted in fewer interventions for the mother and child and fewer adverse newborn outcomes.

For the first 28 days after birth this study found that planned at home births saved an average of 2,338 compared to a planned hospital birth with a midwife. The savings and health issues also had positive effects in the first year of life. For those children born using a planned at home birth, their first year medical costs were $810 less than those born in the hospital.

Before the 1700s men were forbidden to attend a childbirth by both law and custom. Over the coming years the practice of medicine developed, moving childbirth from the realm of ‘woman’s work’ and midwifery to the idea that it was a pathological condition that required medical intervention.

In the 1900s most babies were born at home. By the 1920s those who could afford it had their babies in the hospital with medication. By the 1950s 5% of women gave birth in the hospital and childbirth was treated like a high risk experience.

Today these numbers are once again moving away from childbirth as a process requiring medical intervention and more like the natural process that it is, albeit incredibly slowly. While the research, numbers and history support the idea that childbirth is a natural process, which under normal circumstances, can be done at home or in a birthing center, most people still find it difficult to change.

A birthing center is like a halfway house – between a hospital and home. With all the conveniences and openness of giving birth at home, the center still has access to medical interventions should the need arise.

As we evaluate new information about health and wellness it’s important to remember that not all change is bad, not all Western medicine is wrong, not all doctors can leap tall buildings with a single bound and not all information published is correct.

Now is the time to evaluate your own health and wellness plan. Decide what stays, what goes and what needs further research.