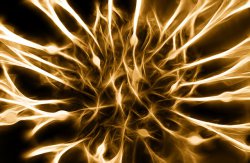 In Your Daily Dose today researchers from Mount Sinai Medical Center have discovered a key treatment in pain relief for nerve pain –and it doesn’t involve medications which are addictive like opiates. Narcotic medications are highly addictive and become inefficient after only a short time. This means that the more you use them, the more you need and the less pain they alleviate. And, in the case of nerve pain, they aren’t effective at all.

In Fact or Fiction you’ll learn about an interesting Mayor of a small town in Alaska who has held office since 1997 and has had an amazing number of accidents.

Your Daily Affirmation speaks to the rewards you receive with hard work.

In research released from Mount Sinai Medical Center, scientists found that antidepressant drugs change the levels of some key neurotransmitters in the brain that process both pain and mood. The study was published in August 2015 in Proceedings of the National Academy of Sciences and promises to yield more insights into the treatment of both nerve pain and depression.

Chronic nerve pain is present in individuals who experience spinal cord injury, stroke, diabetes and other conditions which damage nerve endings. Past studies have demonstrated that this type of pain is associated with depression, but the underlying mechanism of action was not known. Physicians have also found that people with depression who were treated with tricyclic antidepressants (TCA) or Selective Serotonin-Norepinephrine Inhibitors (SNRIs) also found relief from nerve pain.

The data from the study found that antidepressants (namely the TCA and SNRIs) targeted specific neurotransmitters in the brain which regulate chronic pain and depression. This identified the cellular pathways that must be activated in order to treat both pain and depression. The pathway regulates the brain reward center, and the medications have been significantly more effective than opioid medications which are also highly addictive.

Although other common pain medications have been ineffective for nerve pain, there are other options that can help alleviate the pain and distress caused by this type of pain. Individuals who have suffered infections or injury that damaged the nerve endings, spinal cord injury or diabetes are all at higher risk of experiencing nerve pain.

Use of antidepressants to treat nerve pain will do double duty for the patient – both reducing the pain and reducing the effects of depression caused by the chronic pain. In the past, some patients have been unwilling to take antidepressants to treat nerve pain because of the stigma associated with depression. However, with recent research results, physicians are now better able to explain why the medications work in the brain and how they can both treat pain and reduce the potential that depression will be experienced after months of chronic pain.

Sometimes the changes we make in our daily habits are not as openly obvious to people who are observing our behavior. For instance, by opening up your mind to the possibilities of treatment protocols based on treatments once used only by specific populations, you can increase the likelihood you’ll experience successful treatments.

The same can be said for anything else that we do in life. When we open our minds up to the possibilities of doing something just a little bit differently we can experience results that surprise and amaze us. 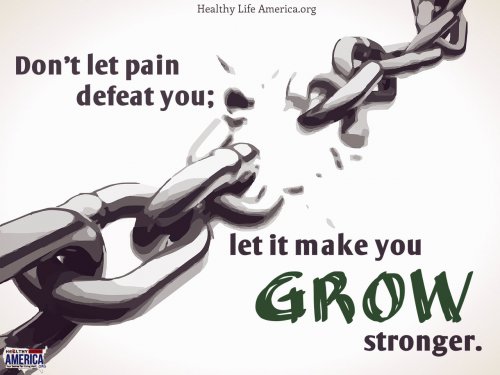 The satisfaction from easy rewards rarely lasts a long time. Things that are gained without effort leave me searching for greater satisfaction. I prefer hard work and lasting rewards.

In a small town in Alaska there lives a mayor who has fallen into a restaurant fryer and jumped off of a moving truck. Is he crazy or accident prone or brave?

Since his election to Mayor, Stubbs has been shot, fallen in a restaurant fryer, jumped off a moving truck and been mauled by a dog. Elected into office in 1997 and currently in office, Stubbs is a tourist attraction in this town.  But the most interesting thing about the mayor of this small town in Alaska is that he’s a cat!

Have a wonderful day!
Your Healthy Life America Team