IN YOUR DAILY DOSE today you’ll find that researchers discovered an unexpected side effect of medications normally used to treat dementia. This medication may help someone you know prevent a fall and broken bones.

IN MAKING CHANGES today you’ll find a list of strategies you can use to help prevent neurological damage that could trigger dementia or Parkinson’s disease.

IN FACT OR FICTION you’ll discover how a deck of cards is not exactly what it seems.

Individuals with Parkinson’s disease are at a higher risk of falls related to their loss of balance and uncoordinated lower extremity work (legs). However, researchers have now discovered that another medication normally used to treat dementia, has a secondary benefit for people with Parkinson’s.

Parkinson’s affects almost 7 million people worldwide. 70 percent of those people will fall at least once during the year and over  one third experiencing at least two falls. This increases their risk of bone fractures needed surgical repair or torn tendons and ligaments.

“Parkinson's UK Research Fellow Dr Emily Henderson and principal researcher on the study, based at the University of Bristol, said:

"With the degeneration of dopamine producing nerve cells, people with Parkinson's often have issues with unsteadiness when walking. As part of the condition, they also have lower levels of acetylcholine, a chemical which helps us to concentrate - making it extremely difficult to pay attention to walking.

"We already know that rivastigmine works to treat dementia by preventing the breakdown of acetylcholine, however our study shows for the first time that it can also improve regularity of walking, speed, and balance. This is a real breakthrough in reducing the risk of falls for people with Parkinson's."

Parkinson’s disease is debilitating. It is a disease that affects the central nervous system and affects movements. It can’t be cured and is lifelong. Physicians do have some medications that can help control the tremors, but prevention could be easier than treatment.

Researchers don’t know what triggers Parkinson’s disease, but there is some evidence that by taking care of your brain and your gut you can reduce your risk of several different neurological disorders.

1. Eat fermented foods or take a probiotic to reseed your intestinal tract with good bacteria.

2. Take a prebiotic to feed the good bacteria in your gut.

3. Reduce or eliminate processed sugars. These feed your bad bacteria and cause an imbalance in your gut.

4. Keep your carbohydrates to less than 100 grams per day. This reduces your insulin spikes and reduces your risk of insulin resistance. High sugar levels in your bloodstream affect your arteries, brain and organ systems.

5. Get 8 hours of quality sleep each night. Your brain clears out toxins during the night. If you don’t get enough sleep you increase your risk of neurological disorders, including dementia.

6. Take a good multi-vitamin to help supplement your diet. Consider other vitamins as well, such a B complex and vitamins K2, D3, C, E and astaxanthin. 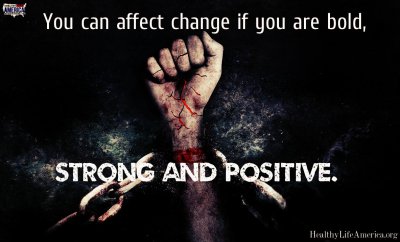 I cherish my supportive relationships.

Support goes a long way in helping to motivate me. Loyal and helpful relationships give me the drive to believe in myself. They allow me to feel like any obstacle in front of me is conquerable.

A deck of cards is not exactly what it seems. There are so many different correlations, you’ll be surprised.

A deck of cards is not quite what it seems.