Have You Been Looking for the Fountain of Youth 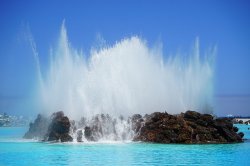 In Your Daily Dose

In your Daily Dose today you’ll discover how your brain changes based on your activity level and what that means for your future.  You’ve heard about how physical fitness impacts your potential for diabetes, heart disease, high cholesterol and a number of other problems, but you’ve probably not heard this one!

In the story today Steve finds out how change is sometimes good and sometimes not so good – but it’s what we make of the change in our lives that makes the difference in our future. In Fact or Fiction you’ll discover if your first child really is smarter than the rest.

Steve found out the hard way, several times during his life, that change could bring great innovation or great pain. The trick was to make decisions with the knowledge that every one of them would have an impact on the rest of life.

The love child of two graduate student who later went on to marry, Steve was unnamed and adopted by a Coast Guard veteran and accountant. He was a prankster in school who tested well beyond his current grade level. So bored with school, his fourth grade teacher had to bribe him to complete his work.

He met his future partner in high school where they lived in California.  After high school he spent 6 months in college and then dropped out, sitting in on classes before working for Atari and then traveling to India to find spiritual enlightenment and experimenting with drugs.

Despite this audacious start in life this young man turned the computer industry on its head. What once was the domain of only large companies, Steve Jobs made accessible to every home in America. Their first computer sold for a little over $650.00, competing against the PC selling near $3,000.00.

Steve moved forward with Apple the way that he did with other projects and processes in his life.  He sold what he had, invested his own time and money and gave up other pursuits to make Apple successful. Over the years he acquired other companies, left Apple and came back. But throughout his life he personified the individual who made mistakes, recognized them and rectified them.

He knew that the decisions we make have a significant impact on our future. He could embrace change in a world that couldn’t picture how much change could take place in such a short time.

When you can determine to change, commit to the effort, learn the skills, be consistent and own it you can achieve great things in your life.

Your greatness doesn’t have to be recognized by the world. You can be the greatest parent ever by being humble enough to embrace changing the way you parent. You can improve your health, your finances, your relationships  . . . all by embracing the idea that change is not bad when you make smart decisions.

Researchers from the University of Illinois believe that someday doctors will be able to tell how physically active you are based on image studies of your brain. Previous studies have revealed that people who are physically fit have larger brains and more intact white matter – both of which make a difference in how well you can think and process information.

But this study also shows that those who are engaged in moderate to vigorous activity have more variability in their brain, which is associated with better cognitive performance. Basically this means that the brains of older adults who stayed active and physically fit were better able to process information.

In the study the researchers also found more brain activity with better oxygen uptake in those people who were physically fit and participated in moderate to vigorous activity each day.

Physically activity is important to your physical and emotional health. Research now has demonstrated the importance to your cognitive performance and ability to process information, especially as you age.

Increasing the amount of exercise your get daily is an important part of your daily health regimen. How you make this change will depend upon your daily schedule and personal preferences.

You’ll want to choose an activity that you’ll enjoy – and better to choose two or three so you don’t get bored and your muscles don’t become accustomed to doing the same thing day in and day out.

Increase your activity with a partner. People are more apt to stick with a new program if they know that someone else is counting on them to do it with them.

Keep a diary of your activity so you can track changes and improvements. It’s easy to get discouraged when you don’t see the day to day changes. A diary will help you track those improvements when you keep track of how long you worked out, your heart rate, how quickly your heart slowed down and how hard you were able to work out. 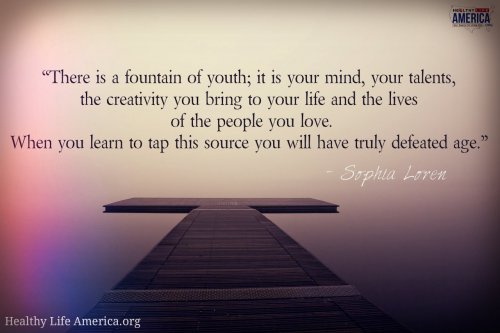 There is unmatched pride that comes from succeeding after working hard. Knowing that I put all I have into something makes me feel proud after I hit a goal. That feeling completely trumps the rewards that come to me easily.

Have you ever had the idea that maybe your first child has more smarts than the rest of the crew at home?

True! According to a research study published in the journal Science, first born children usually have higher IQ scores, although no one really understands why.  However, IQ is not a predictor of success. So if you’re the middle child or the baby, don’t get discouraged. Your success is more dependent upon your perseverance, consistency and focus - none of which is predicted through birth order.