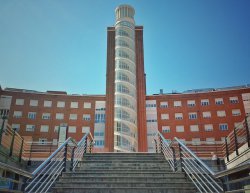 IN YOUR DAILY DOSE today is information that will help you design a nutritional plan which includes foods you love, will help you lose weight and is not linked with heart disease.

IN MAKING CHANGES today are strategies you can use to improve your health through the foods you eat without fear of heart disease and stroke.

IN FACT OR FICTION you’ll discover some interesting details about history and the Civil War.

A study from the University of Eastern Finland continues to confirm what researchers and scientists have known since the 1950s - eggs and high cholesterol foods are NOT responsible for heart disease.

In the 1950s Ancel Keyes published what is now known as the 7 Countries Study in which he concluded that diets high in fat and cholesterol were responsible for heart disease, plaque and stroke. The American Heart Association, American Medical Association and several others got behind the research and refused to consider any other option.

It wasn’t until after 2010 that the general media picked up on research that continued to support the facts that high fat diets were not responsible for high cholesterol levels, inflammation, heart disease and stroke. Instead, the culprit is actually sugar and carbohydrates.

Once the low-fat diet fad took off, so did the rates of heart disease and cardiovascular disease. To replace fat in the diet, people began eating carbohydrates, which metabolize into sugar - spiking insulin levels, leptin levels, inflammatory response and eventually heart disease.

This study also demonstrates that individuals who are genetically predisposed to high levels of cholesterol are also not affected by diets high in healthy fats or foods with cholesterol - such as eggs.

Your body requires cholesterol and fat to function properly. In fact, it’s the primary fuel your brain uses to function daily. However, there are foods that are healthier to eat with fat and cholesterol than others. Without adequate fat and cholesterol, especially for growing children, their brains will not fully develop. Don’t be fooled into eating a low-fat diet thinking you’ll lose weight. Instead, do your own research into what keeps your body healthy and functioning well.

Do NOT eat trans fatty acids. These are fats developed in the lab to increase the shelf life of baked goods. Your body doesn’t need them and in fact, they do an incredible amount of damage.

You do need saturated, poly- and mono-unsaturated fats in varying amounts. Most foods high in fat have at least two of these in their make-up. The fats you find in nuts, avocados, grass raised non-GMO beef and free range chickens ARE the fats your body needs to function well. 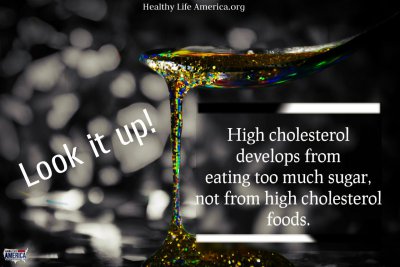 Even when disagreements arise, I am committed to handling them calmly and tactfully. My approach is to make my life and the life of those around me easier and more relaxed. My quality of life improves when I take that path.

Before bed each night, I take some time to reflect on the blessings of the day. Going to sleep with a grateful heart is important to me.

The facts you’ve learned about the Civil War may not be the right ones. There continues to be disagreement about the history of our nation because it was first recorded by humans, who are fallible by nature.

Many of the facts around the American Civil War are still hotly debated. History may seem straightforward but history is written by humans who are notoriously poor witnesses. We do know that the northern and southern states in the US fought the war about issues of slavery and power while President Lincoln while in office. The southern states initiated the first skirmish at Fort Sumter, South Carolina. However, the north was better equipped, and had more men and money to support their war effort.

Since the war ended many of the battlefields that played significant roles in the outcome of the war are threatened by development. Many of the 384 battlefields have been turned into shopping malls, housing developments and pizza parlors. The war was fought from southern Pennsylvania to Texas and New Mexico to the Florida coast, so the possibility exists that one of the battles happened in your hometown!