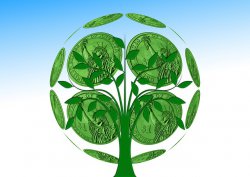 About a year ago The New Yorker carried an in depth article about the language of money. As the author succinctly pointed out, “It is potent and efficient, but also exclusive and excluding. Explanations are hard to hold on to, because an entire series of them may be compressed into a phrase, or even a single word.”

However, while sometimes overwhelming and often confusing, it is not a reason for you to abdicate your role as King or Queen of your kingdom. Your kingdom runs on money – as does everyone else’s. And, unless you understand and control the money, you’ll eventually lose your kingdom.

But, while confusing, the landscape of money doesn’t have to be fully understood in order to care for the money you have and will have in the future.

Your retirement funding won’t miraculously appear on the horizon after 20 years of putting your head in the sand, much as you would like it to. Learning how to invest your money and what to do with your savings is not as difficult as it might first appear.

The trick is to start small – as you would with any other change you make in your life – and continue to move forward, one step at a time.

Start by creating a budget at home that accounts for all the money you spend each month. If you aren’t sure where the money has been going, then it’s time to keep a ledger of everything you spend, every day, for a couple of months. You might think that this process will reduce your financial freedom and make you feel like you’re caught in a maze of lines and numbers – but in fact it will do just the opposite.

Suddenly you’ll find the holes in your financial planning where money has been running out of the house at a rate you might find nerve wracking. If you don’t know where the money has been going, how can you control where you want to put it?

Once you have a good handle on the money that is coming in and gong out of your home, you’ll be able to build a budget that allows you those little perks you’ve come to enjoy, while still building a nest egg you can rely on when your boss tells you it’s time to hang up the proverbial spurs.

Start small by recognizing the flow of money in your home, and building a budget that accommodates your current and future needs. Once you’ve taken this step, then you can take the next by learning about one or two ways to invest that money. Start small with what you know and build from there.

This process doesn’t require that you are well versed in the language of the investment broker, but it does require that you keep your head out of the sand and your feet planted firmly on the ground. Only this way can you enjoy the benefits of retirement, instead of worrying about paying your monthly bills.