Smartphone and Depression, Is There a Link? 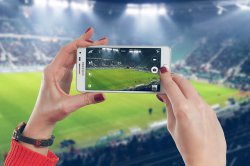 IN YOUR DAILY DOSE today is a story about Maggie and Earl. They were your everyday couple struggling with common problems. Maggie took matters into her hands. Discover what happened next.

IN THE NEWS is research which demonstrates that smartphones don’t just cause “text neck” and back pain, but also will worsen depression and cause PUMP. Simple daily changes can help reduce your challenges and improve your mood.

IN FACT OR FICTION you’ll discover exactly what has 15 calories per teaspoon but causes significant problems to your heart and vascular system.

Every day we interact with people who have shown an inordinate amount of courage in their lives, but from the outside it’s not always obvious. Maggie is one of those women.

Today she is over 50. She and her husband are close, in a stable marriage. He dotes on her hand and foot. She has some health problems and has fallen at home alone, so while he’s away at work he calls several times a day to check on her. He chats with her through lunch, makes dinner when he gets home and helps out around the house in other ways.

It wasn’t always this way. Twenty-two years ago Earl was a different man. Angry most of the time and sometimes downright mean, he ruled the house with an iron fist. Maggie was quiet in those days, raising 2 young boys almost by herself.

Then Earl had a heart attack. Their lives changed from that moment forward.

Walking in to the hospital room, Maggie suddenly saw her husband as the frail human we really all are, instead of the big monster she had made him out to be in her head. And right there, watching the man she truly loved sleeping, she committed herself to not being afraid any more.

If the marriage were to survive she would have to make drastic changes in the way she interacted with her husband, and they would have to be permanent changes.

When Earl came home from the hospital she told him . . . things were going to change. She wasn’t afraid any longer and he was going to be the father and husband she knew he could be.

It took years but Earl is just that man today. No longer ruled by fear Maggie was able to stand up for herself and be clear with Earl about what she would and would tolerate in his behavior.

And, as Earl recognized that the changes in his behavior brought rewards to his wife and children those changes came more quickly.

Fear is gut reaction to something we perceive to be dangerous. However, sometimes we are afraid of perceived danger and not real danger. If Earl had been physically violent toward Maggie or the children it would have been the right decision to protect the family and leave. But Maggie realized that she was afraid of what she perceived would happen and not what actually happened.

You might already know that using a smartphone puts increased pressure on your neck and upper back. This increases your risk of pain and muscle spasms. Researcher has now discovered that those same smartphones are also implicated in the progression of depression.

In a study published in the journal Computers in Human Behavior, scientists found that relying on a mobile phone to ease the symptoms of depression doesn’t work.  And, in fact, it could make the psychological condition worse, spiraling the individual into an unregulated and problematic use of mobile phones, called PUMP.

Researchers agreed that using a mobile phone in moderation to stay in touch with family and friends is not a bad thing. But, when we use these things to replace real human interaction our risk of increasing feelings of sadness or depression is very real.

Nothing takes the place of face-to-face interaction.

If you have a perceived need to continue to use your smartphone and computer you might have another problem. Since the advent of smartphones and laptops more people have developed a need to keep their digital devices close and on at all times. This reduces the amount of face–to-face interactions you have with others.

Do you think you have a problem? Start by reducing the amount of time you spend each day. Keep your smartphone in your purse or pocket for each day at increasing intervals. In other words, start by keeping it there for at least an hour before checking your email. Each day extend the time period by 15 minutes. By the end of a couple of weeks you’ll be checking your phone every several hours, the same as everyone else. 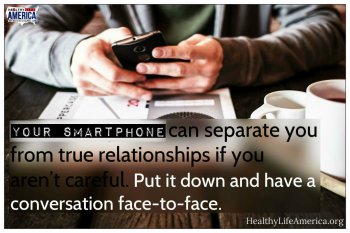 My exercise routine helps me achieve new levels of wellbeing.

My exercise routine is part of my overall strategy to stay healthy. The combination of exercises in my daily schedule is a productive work-out that works well for me and allows me to be consistent.

My fitness goals are realistic. My exercise habits fit my lifestyle and I can work out during the best time of the day for me. My plan coordinates nicely with my life, work, and family obligations.

Did you know that although sugar has only 15 calories in one teaspoon, it’s not the calories that are the problem?

Although vilified in the media today for increasing the number of calories in your food, white sugar really only has 15 calories in a teaspoon, which can be easily burned off. But the problems with sugar are not in the calories but rather in the reaction the body has to the sugar. Increasing amounts of sugar in processed foods spikes your blood sugar, raises your insulin levels, increases the amount inflammation in the body and triggers diseases like diabetes, heart disease, stroke and immune system problems. What we once thought was a problem with fat, is really a problem with an overabundance of sugar in the diet.