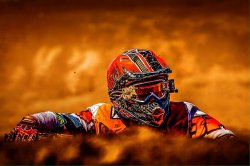 IN YOUR DAILY DOSE today is new research that demonstrates a head injury doesn’t resolve as quickly as we once thought. Schools are using MRI imaging to compare pre and post-injury images to determine if an athlete is ready to return to play.

IN MAKING CHANGES today you’ll discover that while it can “feel” unnecessary to sit the sidelines longer than you feel necessary, if you don’t, you could suffer permanent damage for a lifetime.

IN FACT OR FICTION  The Dominican Republic is located on an island and is one of the first places that Christopher Columbus landed.

Sports related concussions are receiving more attention in the public media and through the school systems. Some high schools are paying for baseline MRI scans of their athlete’s brain to compare against if they sustain a concussion during competition.

Recently, research revealed that athletes who experienced sports-related concussions continued to show reduced blood supply to their brain, even after physicians declared they had recovered.

Lead researcher Wang said, “In eight days, the concussed athletes showed clinical recovery. However, MRI showed that even those in clinical recovery still had neurophysiological abnormalities. Neurons under such a state of physiologic stress function abnormally and may become more susceptible to second injury."

If you or your child suffers a sports-related head injury, it’s important that you do not return to your previous level of activity until your head is fully healed.  While you might appear to have fully recovered, your brain has not fully healed.

Think of head injuries like getting a bruise on your leg. In the beginning the bruise is both black and blue and sore. After several days the soreness to the touch is just about gone. But the black and blue mark on the skin is still resolving.

Your brain is the same. Your function will appear to be fully recovered. You’ll test well on the neurological tests from your doctor, but your brain still has a reduction in blood flow from the bruise it sustained.

Until this bruise is fully resolved you are at greater risk of suffering another injury in the same place that can result in permanent injury. Although it may feel unnecessary to sit on the sidelines for a couple weeks, it’s a necessary part of staying healthy for the rest of your life.

My friends, family, and even strangers love it when I do something nice for them. They don't expect it, so it is a pleasant surprise.

Sometimes, I make a special dish or buy a small gift for someone. I might do a favor to help ease their load. These good deeds may be small, but they always make them smile.

The Dominican Republic is located on an island and is one of the first places that Christopher Columbus landed. Baseball is the most popular sport and Sammy Sosa the most notable player from the Dominican. The island is a beautiful vacation spot, with golf courses located with ocean views, medieval European towns, natural preserves, and Saona Island with turtles, beautiful birds, parakeets, dolphins and fishing bats. Each year Humpback whales arrive between December through March to mate. It is the second largest country in the Caribbean where the official language is Spanish, although many people are multilingual speaking English, French and German. Their main source of income is coffee, sugar and tobacco - and tourism!