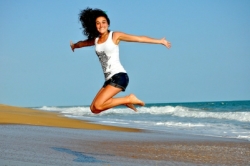 The results of a study by researchers from the University Of Warwick Medical School studying over 2,000 students demonstrated that adolescents who had at least five mentally healthy friends were at significantly less risk for developing depression and had twice the potential for recovering from depression.