Taking with a Colleague Has Benefits 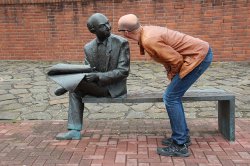 IN YOUR DAILY DOSE: today is research that demonstrates your brainwaves may synchronize during conversations.

FACT OR FICTION: What happens in an antigravity chamber?

Researchers discovered rhythms of brain waves between two people holding a conversation together begin to match each other as time goes by. This inter-brain synchrony may be a factor in understanding the process behind language and interpersonal communication.

Everyday conversation may cause your brain to work together with the person you’re talking with. Previously, researchers believed this synchronization occurred with auditory stimulation, or what you heard. Now they have analyzed two strangers holding a conversation for the first time to look at the connection between the two subjects.

The rhythms of the brain waves appeared to adjust according to the physical properties of the verbal message during the conversation, creating a connection to enable two people to work together toward a common goal.

Healthy communication is important to any relationship - whether with your spouse, friend, family or children. Make the time to connect and engage! 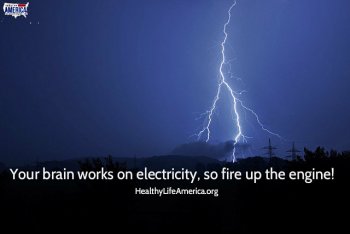 I embrace opportunities to provide emotional support to those I interact with. When I provide a listening ear, it helps others to lift difficult burdens. They feel cared for.
I like to share words of encouragement with someone in need of uplifting. It allows me to be a vehicle for healing and confidence. My positive expressions help those around me to feel like they have what it takes to achieve.
Fact or Fiction?

Is there such a thing as an anti-gravity chamber?

According to Scientific American: As of yet, no technology exists to neutralize the pull of gravity. The best way to approximate the feeling of weightlessness on Earth is to ride onboard a plane flying in parabolic arcs that mimic the shape of Saint Louis’s Gateway Arch. Such planes, nicknamed “vomit comets” because of the queasiness they induce, allow passengers to float for a few moments while the plane is in free fall on the downward swing of the arc. Astronauts use this method to train for spaceflight; it also gave us scenes of a weightless Tom Hanks in the film Apollo 13. You can also experience moments of apparent weightlessness during the drops on roller coasters or Disney World’s Tower of Terror ride, for example. “Both you and your rollercoaster carriage are falling at the same rate,” says Damian Pope, a physicist at the Perimeter Institute for Theoretical Physics in Canada, “so your seat doesn't push against you and you don't feel any support. This mimics what you'd feel if, for some reason, you happened to find yourself in a rollercoaster carriage in deep space.”