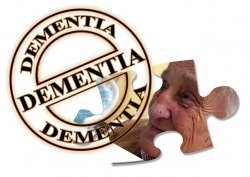 In the latter part of August 2015, researchers published their findings in the British Medical Journal which found that there are nine risk factors for Alzheimer’s disease – all of which are potentially modifiable. In other words, we have more control over our elder years than we may have anticipated.

In a literature review of studies done in the past the researchers identified 323 studies, covering 93 different risk factors and including more than 5000 people.  From this group they found that nine risk factors appeared to account for 2/3 of the diagnosis of Alzheimer’s disease across the world.

HOWEVER, this was an observational study, so the researchers could not make definitive conclusions based on the results. The results do suggest strong ties between these factors and the development of Alzheimer’s but a cause and effect cannot be concluded.

Most of those risk factors for Alzheimer’s disease are modifiable, which means that with some small changes to your daily life decisions you can reduce your risk and improve your life.

Although these are small changes, they can be challenging. Although stopping smoking is simple, it isn’t easy. Reducing your weight is simple but definitely NOT easy. Each of these risk factors play a role in the development of Alzheimer’s but there is no cause and effect linking obesity and the disease specifically.

If you have more than one risk factor, it’s time to choose just one that you want to begin modifying and improving your life. Don’t get overwhelmed by trying to make multiple changes all day, every day, or you’ll soon go back to your previous habits.

Making changes to your nutritional plan or breaking habits, such as smoking, are best done when paired with another well-established habit in your life.  For instance, if you wanted to include daily flossing in your routine you would pair it with a habit you already have – namely, brushing your teeth nightly. If you want to quit smoking, then you would leave the situations in which you would normally light up – such as going out with friends, with a cup of coffee or immediately after meals. Instead, go to non-smoking establishments, drink tea on the go instead of coffee and go for a walk after meals instead of outside for a smoke.

If you want to start losing weight, make one change for six weeks. Drink 3 sodas a day instead of the 5 you normally drink. Have dessert after dinner instead of lunch and dinner. Drink 10 glasses of water a day. Replace the chips at lunch with a bag of peanuts or walnuts.

One change at a time, every six weeks, will result in massive changes in 52 weeks.  You’ll be amazed at the difference in your health from one year to the next.