IN YOUR DAILY DOSE today is research that links the development of asthma in children when their mother took acetaminophen during pregnancy.

IN MAKING CHANGES today are strategies pregnant women can use to reduce pain and discomfort without resorting to taking medication. These same strategies can be used by women who are not pregnant and men.

IN FACT OR FICTION you’ll discover some of the fun facts about basketball you can share with your friends.

Research found new evidence published in the International Journal of Epidemiology that links paracetamol (acetaminophen, APAP or Tylenol) during pregnancy with asthma in the child as they grow.  This is the most common painkiller used in pregnant women and infants.

This study is the largest of it’s kind, cementing previous studies findings. However, the authors stress that although they demonstrated a link between women who took Tylenol two or more times during pregnancy with children who developed asthma by age 3, this is not a reason to stop recommending Tylenol to pregnant women.

Any medications, herbs, foods or activities that a pregnant woman takes, eats or participates in has a direct effect on her baby. Scientists have determined there are several medications that can be safely taken during pregnancy and until this research was published, Tylenol was one of them. Although it doesn’t create a problem for the infant before the birth or during the birth, research is now finding that some medications are having an effect on the life of the child long after the medication was used.

Pain and discomfort is part of any pregnancy. Although popping a pill to help the discomfort may be the easiest thing to do at the moment, you must also consider the repercussions years down the road. Asthma is a condition that will impact you and your child’s quality of life. You may be forced to visit the emergency room often. Your child will often take medications and you may have to make changes to your home to reduce the factors that trigger your child’s asthma attacks.

During pregnancy you should expect some discomfort and realize you have to live with it. Try changing positions, using a warm or cold cloth for headaches, ice sports injuries and include rest every day. The more rested your body, the better able you’ll be to work through pain or discomfort.

If you are experiencing pain that you believe requires pain medication then it may be time to talk with your doctor to be sure that you and your baby are healthy and growing well. 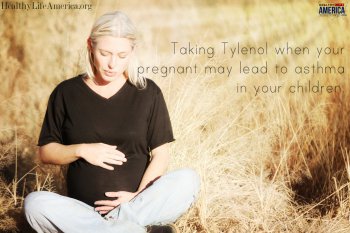 1. Where can I learn about researching investments?

2. What is my plan for putting aside some of my income for investments?

3. What can I do to make more of my money available for investments?

Basketball is my favorite sport . . . I like the way they dribble up and down the court. It’s the most popular song on the “Like Mike” movie soundtrack.

In 2002 Lil Bow Wow covered the song “Basketball is My Favorite Sport” for the movie sound track for Like Mike. Basketball is a game invented by Dr. James Naismith on a rainy day in 1891. The first court was built at Springfield College in Springfield, MA.  Until 1929 the game was played with a soccer ball.  In a very short period of time the game progressed from invention to Olympic sport in 1936. Michael Jordan, player for the Chicago Bulls, brought the game to the attention of more than sports fans, scoring more than 5,987 point in the playoffs than any other player at the time of his retirement and the creative idea behind the movie, Like Mike.