Vitamin D and Your Children 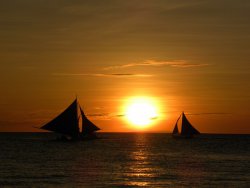 IN YOUR DAILY DOSE today is research that links milk, vitamins and exercise to vitamin D levels in children. Vitamin D is essential to your immune system, hormone production and your overall health and wellness.

IN FACT OR FICTION you’ll find out that it’s snow week at Healthy Life America! Today you’ll discover how many snow angels at one time broke the record.

Research published in the British Journal of Nutrition demonstrated that children who drink at least 3 glasses of milk per day or got 2 hours of exercise per day had more normal levels of serum vitamin D than did children who exercised less than 1.5 hours or drank less than 3 glasses of fortified milk.

Low levels of vitamin D is associated with increased risk of cardiovascular disease, cancers, asthma, cognitive impairment and a poorly functioning immune system. The Centers for Disease Control and Prevention report that 32 percent of adults and children are deficient in vitamin D.  However, other physicians estimate that this number is too low and it could be as high as 50 percent of the population.

Factors that increase your risk of low vitamin D levels are:

It is important to optimize your vitamin D levels to reduce your health risks for both yourself and your children. There are several ways to accomplish this in your life, not all of which include eating fortified foods.

Your body naturally manufactures vitamin D when your skin is exposed to the sunlight. It’s important that you have at least 20 minutes of unprotected time in the sun everyday. Unfortunately, people with darker skin color or who live in northern climates, have an increased risk of low levels of vitamin D.

In northern climates the sun isn’t strong enough during the winter months, and you are likely covered from head to toe when you’re outside. People with darker skin need more time in the sun to manufacture the same amount of vitamin D that people with lighter color manufacture.

You can increase your potential for manufacturing vitamin D or absorbing it from your food or supplements by using a few strategies. However, it’s also important to note that testing your blood is the only way to know if your serum levels of vitamin D are within normal limits or if you are deficient.

1. Maximize your sunlight exposure to get the most vitamin D from your own body.

2. Eat foods that are naturally high in vitamin D such as wild sockeye salmon, fish oil, Greenland halibut and herring.

3. Some foods are fortified with vitamin D which may or may not be bioavailable, or readily absorbed into the body.

4. If you choose to take a vitamin D supplement you should:

a. NOT take vitamin D2 associated with a higher risk of death but vitamin D3 instead.

b. Take vitamin D3 with vitamins K2, calcium and magnesium for better bone health and reduce the risk of hardening of the arteries. 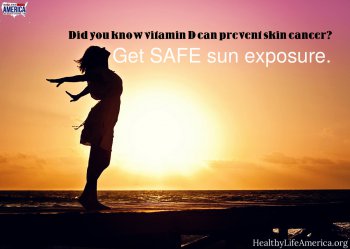 My conversations with less educated people than me are often profound and telling. They show me that being less qualified is far from an excuse to fail.

Less privileged people show me that the beginning very rarely needs to dictate the end. Life is what I make it.

How many snow angels does it take to break the record of number made at the same time? We know you’ll be surprised by the answer because it surprised us too!