Women, Men & the Flu; Who Gets The Flu More? 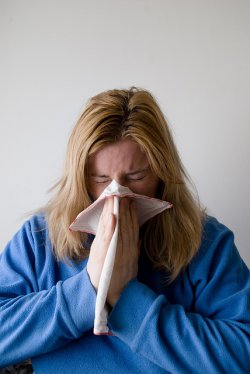 IN YOUR DAILY DOSE today is research which shows one more way that estrogen protects women over men. Although there is a strong protective effect, it doesn’t mean that you can play with fire.

IN MAKING CHANGES today are strategies you can use, man or woman, to prevent the transmission of a cold or the flu to you.

IN FACT OR FICTION you’ll discover a few natural laws you were never taught in school. For instance, did you know that the Law of Probability states that the probability of being watched is directly proportional to the stupidity of the act?

The flu is an illness caused by a virus which is more potent than a cold. You will have a high fever, body aches, headache and feel badly. Once the fever is gone you are often left with cold-like symptoms and a cough. Symptoms of the flu can last up to 4 weeks after the initial fever.

This study supports the findings from previous studies which demonstrated the protective effects of estrogen against the flu.

Although estrogen may have a protective effect against the flu, additional estrogen also has detrimental effects on your body. Adding hormones to your chemical mix has produced negative effects over the long-term, such as cancer, increased anger, and problems with sexual functioning.

There are other ways of preventing a cold or reducing the effect on your body.

2. Take vitamin C, D3 and zinc daily. If your body is deficient in any of these you are more susceptible to colds and the flu.

3. Get 7-8.5 hours of sleep each night. Your immune system will function more optimally when you have enough sleep.

4. Reduce or eliminate all sugar and alcohol. These substances reduce the efficiency of your immune system.

5. Wipe down your workspace. Although your immune system needs to be primed with a few bacteria, there is no need to overwhelm the system. 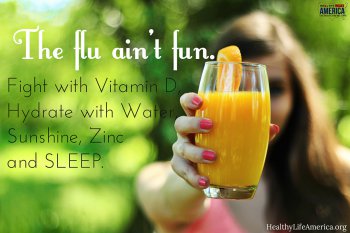 1. In what ways can I offer support to those who are always there for me?

2. In which situations am I better off making my own decisions without advice?

3. How do I handle differences of opinion between me and my support team?

You’ll love these natural laws you were never taught in school.

After your hands become coated with grease, your

nose will begin to itch and you'll have to pee.

Any tool when dropped will roll to the least accessible corner

The probability of being watched is directly proportional to the stupidity of your act.

If you dial a wrong number, you never get a busy signal and someone always answers.

Law of the Alibi

If you tell the boss you were late for work because you had a flat tire, the very next morning you will have a flat tire.

If you change traffic lanes, the one you were in will always move faster than the one you are in now (works every time).

Law of the Bath

When the body is fully immersed in water, the telephone rings.

The probability of meeting someone you know increases dramatically when you are with someone you don't want to be seen with.

Law of the Result

When you try to prove to someone that a machine

won't work, it will.

The severity of the itch is inversely proportional to the reach.

Law of the Theatre

At any event, the people whose seats are furthest

from the aisle arrive last.

As soon as you sit down to a cup of hot coffee, your boss

will ask you to do something which will last until the coffee is cold.

If there are only two people in a locker room, they will have adjacent lockers.

The chances of an open-faced jam sandwich landing face down on a floor covering are directly correlated to the newness and cost of the carpet/rug.

If the shoe fits, it's ugly.

As soon as you find a product that you really like, they will stop making it.

Anything is possible if you don't know what you are talking about.