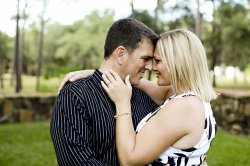 Chapman University in Orange California recently published findings based on two of the largest national studies done on mate preference. In other words, the researchers found specific traits that heterosexual couples find attractive in a mate and also discovered differences according to gender, age, income and education.

Although gender was the strongest predictor (more important than age, education or income), the researchers also found that both men and women desired a partner who was attractive to them. Men who were wealthy and both sexes that had stronger confidence in their own appearance had a greater desire for a good looking partner. Older men and women also appeared to place less importance on looks and income levels.

As might have been predicted men and women differed in their desire for a partner with the traits: good looking, steady job, made a lot of money and body type.  More men than women were interested in good looking partners who were slender and more women were interested in partners with a steady job and good income levels. Both genders wanted partners who were attractive to them, but more women wanted men who made at least as much money as they did and had a successful career.

Being single is a challenge today. Once out of college where the pool of available mates is the largest, most people find themselves meeting partners at work or at after work haunts. Online dating has taken off in the past 5 years, with the larger companies boasting more marriages than meeting a partner offline.

However, as with all decision making and future planning, the more information you have, the better the decision you can make. It might seem completely unfair that individuals who appear to have great looks also have more choices in the dating arena, the truth is that we all use these standards. We say we don’t want to be judged on our appearance or our body type, but we do the same when considering a partner. The expression, “He’s out of her league” is based on matter-of-fact truth.

The Movie “Hitch” centered on this very idea – that when we can get out of our own way, put away our own preconceptions – then we can meet some of the most amazing people.

If you’re single and looking for a life partner, it’s time to look past what’s on the outside of the person and consider the character of the individual. This can be difficult to do, because we’ve all been raised to judge others based on appearance. A single woman walking down a dark street will cross to the other side if she’s about to encounter a bearded gentleman in a biker jacket with tattoos. She may not cross if the man is dressed in a suit and tie. Both men are just as dangerous, but the perception of danger is greater when the appearance is not what we expect.

Do not compromise your desire for a man or woman of quality, but start to consider that this person may not be wrapped like Cindy Crawford, Jennifer Aniston, Bradley Cooper or Gerard Butler. Eventually we all change on the outside, it’s the inside that will remain the same.