Women Can Negotiate Better Than Men – In Some Circumstances 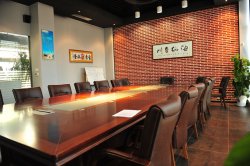 In The Daily Dose

In the news from the American Psychological Association comes interesting research demonstrating the differences in negotiation skills between men and women. Under 'Is It Fact or Fiction?' you'll discover if you should feed a cold and starve a fever or feed a fever and starve a cold. You may not have learned the right way!

Steve found out the hard way, several times during his life, that change could bring great innovation or great pain. The trick was to make decisions with the knowledge that every one of them would have an impact on the rest of life.

The love child of two graduate student who later went on to marry, Steve was unnamed and adopted by a Coast Guard veteran and accountant. He was a prankster in school who tested well beyond his current grade level. So bored with school, his fourth grade teacher had to bribe him to complete his work.

He met his future partner in high school where they lived in California.  After high school he spent 6 months in college and then dropped out, sitting in on classes before working for Atari and then traveling to India to find spiritual enlightenment and experimenting with drugs.

Despite this audacious start in life this young man turned the computer industry on its head. What once was the domain of only large companies, Steve Jobs made accessible to every home in America. Their first computer sold for a little over $650.00, competing against the PC selling near $3,000.00.

Steve moved forward with Apple the way that he did with other projects and processes in his life.  He sold what he had, invested his own time and money and gave up other pursuits to make Apple successful. Over the years he acquired other companies, left Apple and came back. But throughout his life he personified the individual who made mistakes, recognized them and rectified them.

He knew that the decisions we make have a significant impact on our future. He could embrace change in a world that couldn’t picture how much change could take place in such a short time.

When you can determine to change, commit to the effort, learn the skills, be consistent and own it you can achieve great things in your life.

Your greatness doesn’t have to be recognized by the world. You can be the greatest parent ever by being humble enough to embrace changing the way you parent. You can improve your health, your finances, your relationships  . . . all by embracing the idea that change is not bad when you make smart decisions.

According to the American Psychological Association, there are times when a woman might be more effective than a man in negotiating money matters. This flies in the face of conventional wisdom that states men drive a harder bargain in financial matters.

According to researchers who evaluated 51 different studies from several different countries, including the United States, the Netherlands, China and Germany, the samples included both men and women who were business people, graduate and undergraduate students. Using a sample size over 51 studies of over 10,000 people the results demonstrated that negation was dependent upon the person and the situation and could not be generalized to other factors.

In other words, when a woman was negotiating on behalf of another person, knew the bargaining range and had experience negotiating, they had better results than the men.  Beliefs about gender roles may be at the root of men’s advantages in some negotiations, but when stripped of this advantage, more women received better results.

However, while women faired better than men when negotiating for another person, it was not the case when they were negotiating salary or other financial situations on their own behalf or for large organizations.

Understanding what and why people become good at negotiating financial matters only increases your ability to do the same successfully. It hasn’t appeared to be that women are incapable of negotiating, only that they appear to allow societal gender roles hamper their ability to play the tough role.

Negotiating finances is important when settling salaries, buying a car or home, negotiating interest rates, getting loans, or any other large financial decisions that play a role in the future of the family.

While successful negotiation is the ultimate goal, woman hold a power within their own femininity which can be used, instead of sublimated. Through grasping the underlying power of the caregiver, women can successfully negotiate any financial situation in which she frames the outcome to her advantage.

In other words, the result demonstrated that women who had experience with negotiation AND were negotiating for others were more successful than men. The underlying premise is that women are better at taking care of others than they are at standing up for themselves.

Thus, it’s important for women to both gain the experience needed through role playing and actual situations and to remember that when they succeed, so does their family. This means that at all times women are negotiating, the outcome also affects others in her life. When she can visualize the effect of her actions on her own life and the lives of those in her close circle, she’ll recognize that in each situation she is negotiating for those who can’t.

It’s not necessary for a woman to act like a man in order to be successful. It is necessary for a woman to understand that she is not powerless in the face of negotiating financial matters. She might not be able to deadlift the same weight in the gym as a man, but when her actions equal successful results for her employer, she should base her negotiations upon those results. Because her money is just as powerful as that of any man, she should be able to negotiate the best price possible on any large purchase – or be willing to walk away.

Building the foundation also comes from making the right connections. Learning opportunities often come from being around wise and experienced people.

Fitness goals also take hard work and dedication to achieve. I avoid becoming frustrated when I am unable to see the results I want. My strategy is to set small fitness targets and work towards them one at a time.

Is it Fact or Fiction?

Should you feed a cold and starve a fever OR feed a fever and starve a cold?  Click here to find out if you remembered which to do for your next cold or fever!