You May Be Able to Prevent Peanut Allergy 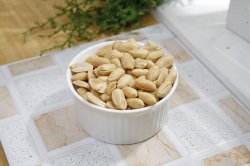 IN YOUR DAILY DOSE: is new research that suggests a strategy to prevent peanut allergies in your children.

MAKING CHANGES: Strategies don’t appear to reduce time breastfeeding nor compromise health. They’re easy to institute and may reduce your child’s risk of suffering from a peanut allergy.

FACT OR FICTION: today is a list of firsts. Have you been first at anything? How many of these firsts could you name?

Researchers from the National Institute of Allergy and Infectious Disease found introducing peanuts to your children early may help to reduce peanut allergies later in life. Primary results from the study in 2015 indicated that early introduction of peanuts to children who were at high risk for developing peanut allergies resulted in an 81 percent reduction in development, compared to avoiding them all together.

Researchers estimate 15 million Americans have food allergies and 1 in every 13 children suffer from food allergies. You may be able to reduce the potential for peanut allergy in your children with early introduction and save them the challenge of avoiding peanuts and peanut products for the remainder of their life.

Peanuts are legumes and not truly a nut. This is why people with peanut allergies are not necessarily also allergic to true nuts, such as almonds, walnuts or brazil nuts. Before introducing peanuts to your infant, speak with your pediatrician.

Researchers introduced peanut products in early infancy, before the children were taking solid food. The participants ate approximately 6 grams of peanut protein each week. However, peanut butter is very sticky and can be very difficult for a baby to consume.

If you are interested in trying this method, speak with a nutritionist or dietitian about what peanut products would be easy for your baby to eat. 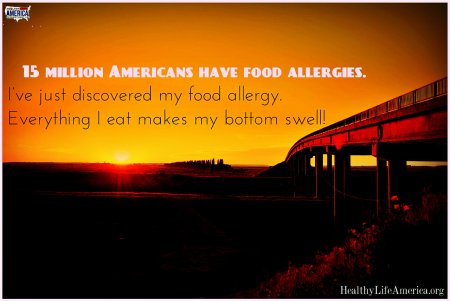 Support in any form helps me to maintain an attitude of gratitude. It reminds me that moving successfully through life is easier when you are holding someone's hand.

Have you been first at something?  Here are a few you may not have known:

1. Jerrie Mock was the first woman to fly solo around the world in 1964.

2. In 1962 Joan Crawford was the first guest on the Johnny Carson show.

3. In 1965 Edward Higgins White was the first astronaut to walk in space.

5. In 1971 Bella Abzug was the first Jewish woman elected to Congress.

8. In 1975 George Carlin was the first guest host on “Saturday Night Live”

9. In 1979 Diana Nyad was the first person to swim from the Bahamas to Florida.